“one of the clearest voices of traditional Islam in the West.”-inaugural edition of The 500 Most Influential Muslims in the World

After conversion to Islam, Dr. Haddad spent nine years of study in Damascus, Syria (1997-2006) and has received ijaza (certificates) from over 150 shaykhs. He holds a Doctorate from Kolej Universiti Insaniah, Kedah Darul Aman, Malaysia in Islamic studies.

He is the author of over three dozen books, most recently the first critical edition and transla­tion and first book-length study in Eng­lish on the first Ḥizb of Tafsir al-Baydawi, a 900-page work to be published jointly by UBD Press and Beacon Books (UK). Published works include The Integrated Encyclopedia of the Qur’an, The Encyclopedia of Hadith Forgeries, and The Muhammadan Light in the Qur’an and Hadith as well as hundreds of articles, most recently “Tropology and Inimitability: Ibn ʿĀshūr’s Theory of Tafsīr in the Ten Prolegomena to al-Taḥrīr wal-Tanwīr” and “Quietism and end-time reclusion in the Qur’ān and Hadith: al-Nābulusī and his book Takmīl al-nuʿūt within the ʿuzla genre” (forthcoming).  He is presently working on the first critical edition and translation of Ahmed Ziyâeddin al-Gümüşhanevi’s Hadith source-index entitled Rāmūz al-Aḥādīth.

He has lectured on Qur’an, Hadith, Prophetic Biography (Sīra) and Sufism in Indonesia, Malaysia, Singapore, Brunei, the US, UK, Sweden, Lebanon, Syria, Morocco, the Republic of South Africa and Mauritius 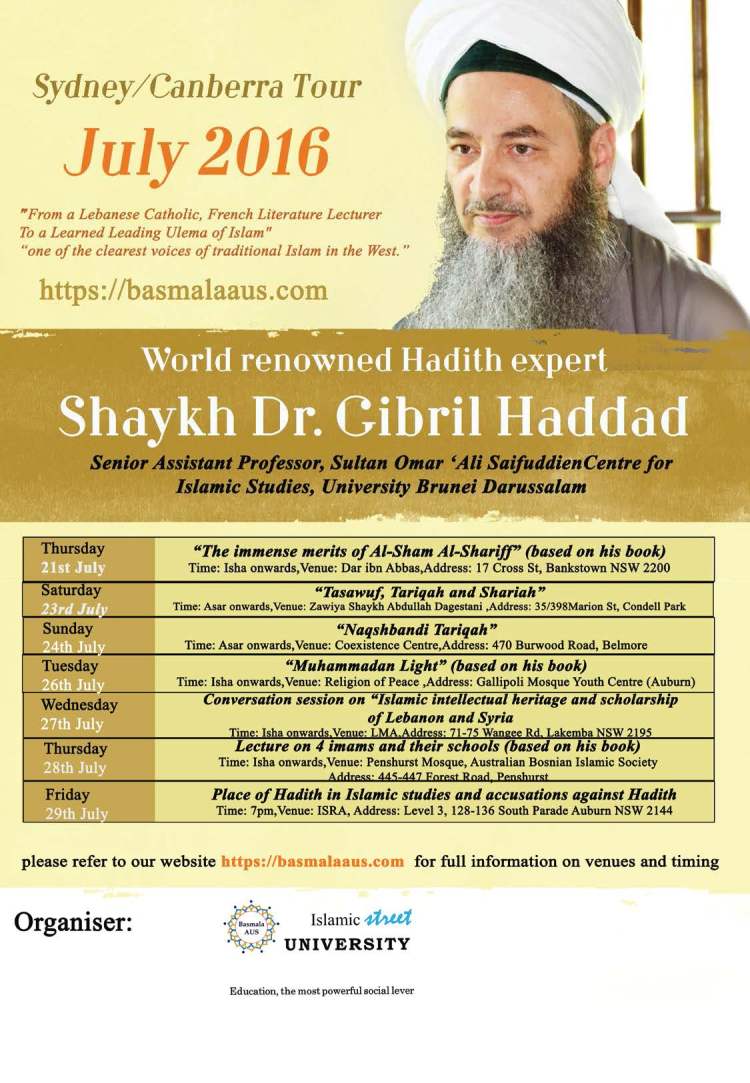